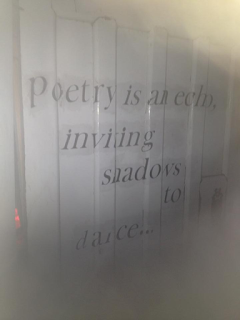 FROM LE POET DE SEPT ANS On a Tuesday morning in a magic car we crashed on a ship REC and since we were under the sea the whirlpool pulled o...